For Clint Eastwood fans in Virginia, it was a thrill to hear that his latest film, “J. Edgar,” is set in parts of Fauquier and Fairfax counties. But for those communities, there’s a tangible benefit to playing such a supporting role: They’ll enjoy a financial boost from tourism and other economic spinoffs. 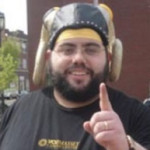 He’s known as “Pav” – short for Pavarotti. He’s a presence at VCU men’s basketball games, home and away. He’s recognizable to fans, players, coaches, media and event staff – well, at least when he has his horns on. Chris Crowley has fulfilled the role as leader of Ram Nation four years after his graduation from the university he loves.

Religious and social conservatives are squaring off with gay rights advocates over a proposed state-agency rule that would prohibit adoption agencies in Virginia from discriminating against prospective parents on the basis of sexual orientation. 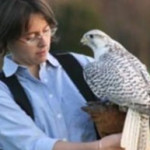 Virginia has overhauled its laws on falconry, once called the sport of kings. Under a bill signed by Gov. Bob McDonnell, Virginians who hunt with falcons and hawks will gain legal protections for their birds that previously applied only to hunting dogs.

Here are the stories we distributed over the past week. Headlines include: “Raise Your Glass, Virginia” … “Law Promoting Sign Language Gets Final OK” … “Assembly Continues Funding for PBS” … “Citizens Decry Gerrymandering in Redistricting.”

Several hundred people gathered Sunday at the site of what was once a slave jail for the unveiling of 17 historical markers documenting Richmond’s harsh past as a center for the slave trade.

Senate hopeful Tim Kaine addressed a crowd of nearly 200 at the Virginia Young Democrats’ annual convention on the College of William and Mary campus.

For a CNS story that received national attention, Kelsey Radcliffe won first place in breaking news reporting in the Society of Professional Journalists’ 2010 Mark of Excellence competition for Region 2. Radcliffe was honored Saturday during the Region 2 SPJ Spring Conference in Norfolk.